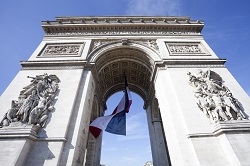 French regulator ARCEP has launched a consultation into the use of open spectrum, particularly by short range devices.

Open spectrum is frequencies that do not need an individual licence. ARCEP is looking into this matter given the expected increase in demand for spectrum, which will be driven by an explosion in connected devices as part of the Internet of Things.

It said it wants to use Wi-Fi as its inspiration and lauded "the simplicity of the regulatory framework governing the use of radio frequencies that are open to Wi-Fi".

It added: "A number of wireless applications other than Wi-Fi rely on the use of open spectrum. These applications can involve a range of sectors, as much for consumers as businesses, and are bound to develop further still as the internet of things begins to flourish."

The regulator has identified new spectrum that could be made available for use across the 2.6-2.7GHz and the 5.7-5.8GHz bands.

ARCEP said it would take recommendations from companies about how it needs to plan for future use of open spectrum, particularly given the expected increase in M2M devices.

According to research from Ericsson earlier this year, the number of M2M connections is set to quadruple during the next five years. There are currently 200 million active cellular M2M devices.

Ericsson said 2G was likely to be the dominant technology for the next few years, with 3G and 4G LTE set to overtake it during 2016.

Last week, the European Commission criticised local regulators for not rolling out new spectrum quickly enough, as well as holding onto dormant network infrastructure for too long.

The consultation will close on 15 October 2014.