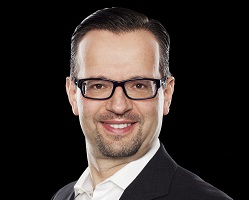 Swedish operator Tele2 has signed an IPX peering agreement with Aicent, which it said would extend its global footprint for next generation IP-based communication services.

Following the agreement, both companies will offer a combined, multiservice IPX, which they said would increase the quality of their customers' LTE roaming. The partnership will allow them to guarantee quality of service, increase service support and security.

Tele2 and Acient said the deal also extends how many countries their customers are able to roam onto an LTE network via a single connection, giving them next generation voice, LTE roaming and singalling, in addition to the standard voice and GPRS roaming.

Joachim Horn, Executive Vice President and Group CTIO of Tele2 AB [pictured], commented: “With the increasing numbers of subscribers traveling for both personal and business needs, it is becoming more and more important to support mobile data roaming on a global level.

"We are pleased to be entering an agreement with Aicent and this partnership will improve our customers’ mobile 4G/LTE roaming experience by providing connectivity with best-in-class roaming.”

In May, Tele2 launched a IPX solution targeted at carriers, operators and content providers. The operator said at the time that it would allow it to offer streaming content, HD voice and LTE roaming.

According to research from Hot Telecom, international IPX data traffic will have grown by a compound annual growth rate of 97.2 percent between 2012 and 2015. The growth will have been driven by VoLTE and HD voice services, in addition to LTE data roaming.

Isabelle Paradis, president at Hot Telecom, said: "LTE is seen by many as the catalyst of growth for IPX and even as the killer IPX application by some."