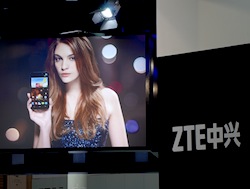 Dynamic mesh networking should be at the heart of building 5G networks in order to help base stations work alongside one another, according to ZTE.

The Chinese vendor made the claim as it issued details of a new 5G access network architecture, which would span the likes of user densification networks, massive MIMO, traditional macro and device to device.

ZTE said forthcoming base stations will have to coordinate horizontally more than existing 4G networks, which it said sparks the need for "a dynamic and adaptive wireless mesh network".

It said by taking this approach, 5G networks would be able to implement space-division multiple access technology, which would save on power and increase spectral efficiency.

The new architecture is the latest work on 5G by the vendor, which unveiled its 5G software defined air-interface (SDA) last year.

ZTE's Director of Wireless Technology Xiang Jiying said: "ZTE’s 5G SDA solution allows self-adaptation of the air interfaces, so that in the same network, a network element can supporting a variety of services, and the SDA can allow multiple wireless access technologies for optimal adaptation, maximising air interfaces efficiency. At present, SDA technology is a key research area for 5G."

The company said it is adapting its cloud radio solution, which is used commercially in 4G networks, to use in 5G. It has also developed vector processing chips, which increase a device's processing capacity tenfold.

While there are still questions over exactly what it will be used for, trials of 5G technology are accelerating ahead of an expected implementation in 2020.