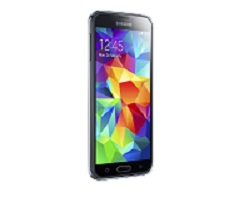 The handset, which goes on sale in South Korea this month, will use the vendor's Gobi 9x35, the mobile industry's first commercially available 20nm cellular modem, as well as its fourth generation 3G LTE multimode modem.

Consumers can hit download speeds of up to 300MB per second on the device, as well as benefit from more efficient power usage.

The Snapdragon 805 processor will support features such as Ultra HD video and the ability to stream to HD television. The Qualcomm Adreno 420 GPU will provide "console quality gaming" but at lower power consumption and memory bandwidth.

“With this device, consumers will now have the ability to more easily capture and share stunning 4K video while enjoying gaming that brings console-quality experiences to the smartphone."

An increasing number of European operators are launching LTE-A networks, with Bouygues in France the latest to go live this week.

According to figures from the Global mobile Suppliers Association, a fifth of the 300 operators with an LTE network are also investing in LTE-A.