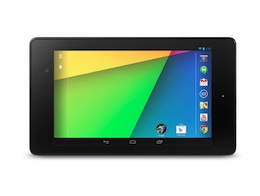 Operators will have to contend with a rapid increase in data usage on tablets, with consumers and businesses set to use more than five billion terabytes of traffic by 2018, according to a new report.

Strategy Analytics said that tablets with a mobile broadband subscription will grow fivefold between now and 2018. At that point, there will be 250 million tablets using data over mobile networks.

The biggest growth will come from tablets with LTE connectivity. By the end of 2018, next generation mobile will account for 92.4 percent of all tablet subscriptions.

Operators are set to benefit from this drive towards connected tablets, according to the analyst firm. By 2018, the devices will swell operators' revenues by €18.9 billion.

Susan Welsh de Grimaldo, Director, Wireless Operator Strategies commented: “In markets with high wireless penetration rates, operators are driving tablet connections through use of shared data plans and add-on plans to encourage their existing phone user base to add a tablet to their account. For example, in the US, both Verizon Wireless and Sprint reported tablet net additions of over 500,000 in the first quarter this year.”

According to Phil Kendall, Executive Director, Wireless Operator Strategies at Strategy Analystics, operators in emerging markets are seeing “some success” using their own-branded tablets to drive up the total addressable market for 3G / 4G tablets.

“We are also seeing more ‘comes with data’ models where device purchase includes a free monthly data allowance, such as HP’s DataPass,” he said.

Google is expected to announce its next tablet in its Nexus series during its I/O developer conference next month. Its Nexus 7 device launched in July last year.