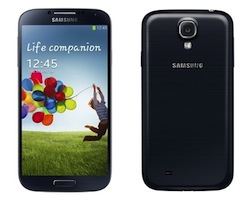 The number of LTE-enabled devices has almost doubled during the past year, with the bulk of products using the 1800MHz band, according to the Global mobile Suppliers Association (GSA).

The trade body said 154 manufacturers have announced 1,563 user devices during the past year. In total, 742 new devices were launched during the past year, which represents an annual growth of 90 percent. The number of companies producing LTE-enabled devices grew by 58 percent during the same period. While tablets and Mi-Fi devices are growing in volume, smartphones dominated LTE usage, accounting for 40 percent of all device types.

The GSA found 43 percent of all LTE networks were using 1800MHz as a single band or part of a multi-band deployment. While the report covers both LTE FDD or TDD deployments, the GSA found 387 products can operate in TDD mode, 221 more than in 2013. Over 11 percent of operators have deployed TDD on their LTE networks.

The GSA said there are 275 commercially launched LTE networks globally, with 350 networks expected to be live by the end of the year.

Last year, the GSMA predicted there will be one billion LTE connections by 2017. It said almost 500 networks will be live in 128 countries.