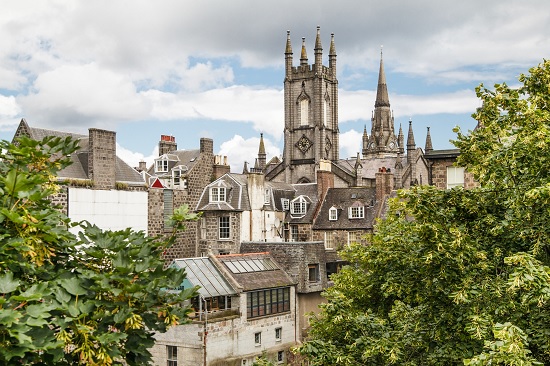 CityFibre and Vodafone have announced the Scottish city of Aberdeen as the second destination for their FTTH joint venture.

CityFibre will invest at least £40 million in installing the pure fibre network, with construction set to begin in July this year.

The project will see Vodafone offering gigabit speeds to “nearly” every home and business in Aberdeen, the two companies said in a statement.

Customers in Aberdeen can pre-register online from today (21 February) with the first services set to be launched towards the end of 2018.

CityFibre said the city had been chosen due to its emerging tech sector and the council’s commitment to smart city initiatives and to the FTTH project itself.

Greg Mesch, Chief Executive at CityFibre said: “Our existing network in Aberdeen provides us with an eighteen-month head-start on a full fibre roll-out to nearly every home and business in the city."

Vodafone UK CEO Nick Jeffery added: “Our gigabit broadband services, delivered over CityFibre’s new full fibre networks, will help Aberdeen build on its credentials in innovation and as one of the best places to start a business.

"We’re committed to helping businesses, entrepreneurs and residents embrace the new gigabit society in Aberdeen, the technological heart of Scotland.”

Vodafone and CityFibre announced their partnership in November, with Milton Keynes chosen in January as the first area to benefit.

The partnership plans to reach up to one million UK homes by 2021 and extend CityFire’s FTTP infrastructure to around 12 cities.

Only three percent of UK premises can currently access FTTP.

At the 2018 FTTH Conference in Valencia earlier this month, CityFibre’s Mesch claimed that disruption from his company was directly responsible for triggering recent investments in the technology by Openreach and TalkTalk.