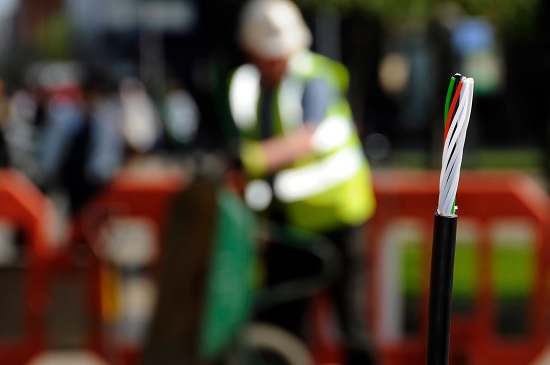 The deal by the so-called Connect Infrastructure Bidco consortium sees the financial companies offer a 48 percent premium on CityFibre shares and values the company at £537.8 million.

West Street Infrastructure Partners (WSIP), a fund managed by Goldman Sachs, and Antin each own 50 percent of the consortium.

CityFibre's Directors said the terms were "fair and reasonable" while several key shareholders, including asset managers Invesco, Woodford, Pelham and Jupiter have backed the deal.

The company's remaining shareholders also need to sign off on the deal, which must also be approved by the competition authorities.

Philippe Camu, Global Head of WSIP, said: “CityFibre is an exciting and innovative communications infrastructure company and we strongly support its vision to expand fibre-based broadband networks across the UK.

"CityFibre can play a significant role in developing the UK's digital economy and together with Antin we look forward to supporting the company in fulfilling that objective.”

Chris Stone, Chairman of CityFibre, added: "Under private ownership, CityFibre will be able to gain alternative and potentially easier access to the financing required for its announced FTTH deployment.

"This will strengthen the company’s ability to deliver on its vision to provide full fibre infrastructure to 20 percent of the UK market.”

The news came as CityFibre made two other significant announcements.

First, it revealed adjusted EBITDA for the 2017/18 financial year jumped 80 percent to £4.5 million on revenues that more than doubled to £34.8 million.

Second, Vodafone and CityFibre unveiled four new UK towns and cities that will get FTTH tech, as part of their partnership to deliver pure fibre broadband to one million premises by 2021.

Customers in the four new locations can pre-register for the service from today, but Vodafone and CityFibre did not specify when they could expect to access the new networks.

Construction is set to begin “in the coming months”, according to a statement.

The total number of homes and businesses that could access the tech across all seven towns and cities is over half a million.

The two companies announced their partnership, which has ambitions to reach five million premises by 2025, in November last year.

CityFibre is building the networks, with Vodafone selling the end service to customers.

Vodafone UK Chief Executive Nick Jeffery said: “I’m delighted to welcome everyone living in Coventry, Edinburgh, Huddersfield and Stirling to the full fibre club, with a broadband service like no other.

“After five months we are well on track with the joint Gigafast broadband programme that will help position the UK as a world leading digital centre.”