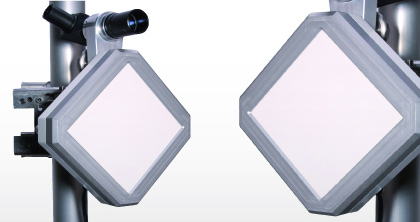 The agreement means that Sub10 will become one of three listed millimetre microwave backhaul suppliers for Alcatel Lucent when it delivers small cell mobile systems to its operator customers.

Grant Grafton, Global Sales & Marketing Director of Sub10 Systems, said the reseller listing was a "big pill" for the vendor to swallow. Alcatel Lucent's operator customers would not normally entertain a direct relationship with a vendor of Sub10's size, but the reseller deal now offers the company the opportunity of achieving genuine scale. The company has doubled its permanent staff numbers over the past year, with 35 permanent staff now on the payroll, partly to be able to manage the Al-Lu relationship.

Millimetre wave radio solutions are often described as a good match for small cell deployments because the spectrum is often available to use licence-free and can support high capacities. The high attenuation of the signal due to oxygen absorption means that beams cannot travel far, which naturally mitigates against interference.

To that end, Sub10 is not the only company trying to make its way in the 60 GHz market. Bridgewave has a product, and E Band Communications has said it intends to move from 70-80GHz products to 60GHz. One company which said it has already made that shift is Siklu, which launched its EtherHaul millimeter wave wireless backhaul solution at Mobile World Congress 2012.

However, Grafton cast doubt on that product's market readiness, noting that "there has been nothing yet" from the company since the announcement, and describing the product on display at MWC as "an empty box."

Sub10's current product is based on its acquisition of Huber and Suhner last year - but Grafton said that the company's next product would be "all Sub10" inside, whilst keeping H&S's exterior enclosure. "When our competitors open it up, they're going to ask how we managed to do what we have."

Although he wouldn't say where Sub10 has focussed its innovation, Grafton described the five key must-haves of a small cell wireless backhaul solution as great spectral efficiency, interference mitigation, ease of installation, development potential on a hardware platform with a good shelf life, and a very competitive price point.

"That's easy to say but not so easy to deliver," he said.

So what of the prospects for millimetre wave? At the moment, some operators are moving to 5GHz wireless for outdoor small cell backhaul, prompted by providers such as Cisco and Ruckus Wireless.. But Grafton thinks 5GHz offers only a short term fix in terms of capacity, saying, "No matter how sophisticated the radio is, how good the channel hopping, you are going to run out of channels and see capacity degradation". He noted that O2, which is using 5GHz for its small cell backhaul in London, is currently exploring 60GHz wireless a potential future technology. Sub10 used to manufacture 5GHz products, before deciding its future lay in the millimetric bands.

Nevertheless, despite dense small cell deployments going live in the US, Grafton thinks it will be 2013 before orders are visible, and even then it will be a "slow acceleration."