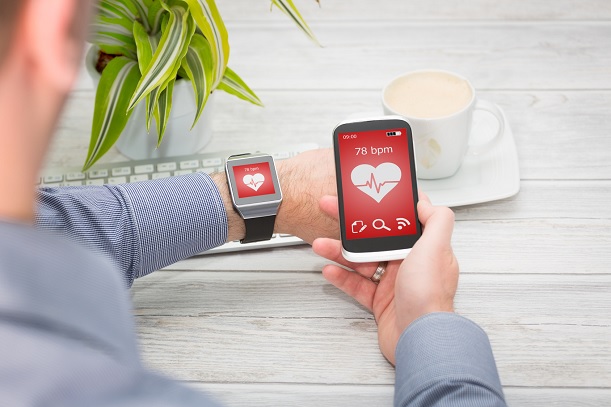 Healthcare is routinely listed among the major industries that will be transformed by 5G, but scepticism abides among the health sector about whether it will happen in practice.

The Swedish vendor held an event at King’s College, London to mark the launch of a new ConsumerLab report called From Healthcare to Homecare, its attempt to demonstrate how cellular could be transformational for medicine and answer concerns.

The report, based on a survey of 4,500 smartphone users in five countries and 900 decision-makers across healthcare, insurance, medical technology companies, telecom operators, and app developers/aggregators, examined consumer concerns about advances in healthcare and how 5G might address these.

According to the report, treatment, monitoring and diagnosis are set to become increasingly decentralised, moving out of hospitals and into people’s homes through online consultations and wearables.

Patient data is expected to flow inwards from homes into hospitals, turning the latter into centralised repositories of data. Thirty five percent of consumers believe such a move would make it easier to manage their care.

However, Ericsson’s report shows that consumers have a number of lingering concerns over whether connectivity will be up to the job.

Sixty one percent of consumers view remote surgery as risky because of its reliance on the internet, while 56 percent of consumers are concerned about wearable health patches, or sensors that attach to the skin to continually monitor health metrics, running out of battery.

The question is whether 5G is really needed to solve these problems or whether some of these use-cases could be conducted on existing technologies.

For example, the infrequent, small data transmissions required to send information from a wearable to a hospital could be carried over 2G.

But there are good reasons why current technology is not up to scratch. Stewart Lacey, Engagement Director at Ericsson, explains to Mobile Europe that 2G is unsuitable for wearable use as it is a legacy technology. The decision by some operators to start retiring and refarming 2G makes less likely to be used by new device-makers.

LTE uses too much battery power, although technologies such as LTE-M and NB-IoT may resolve this issue in the future.

Vishnu Singh, Head of Ericsson ConsumerLab India, adds: “Battery life and the accuracy of the data generated are also issues. While on the other hand, the healthcare industry requires real time data, accurate data, security of patient data, etc.”

Another future application is robotic remote surgery. But according to Prokar Dasgupta, Professor of Robotic Surgery at King’s College London, this requires genuine real-time connectivity for both the robotic equipment and monitoring equipment such as the ECG.

It is in these areas where vendors such as Ericsson are hoping 5G will come into its own with the promise of low battery consumption and low latencies.

According to Hanna Maurer Sibley, Ericsson’s Head of Network Products, Region West and Central Europe, 5G is being designed with healthcare applications in mind, among many others.

Ericsson’s own hopes for the technology are latency of 1ms or less, for example, and a battery life of several years without recharging.

However, there are signs that there is more work to do selling these benefits, according to the industry experts also interviewed for Ericsson’s report.

Only 42 percent of these respondents expect devices connected via 5G to consume less power, while only 35 percent expected 5G to provide reliable low latency connections.

Additionally, whether 5G solves these physical problems or not, it will be some time before telecoms networks can fully command the confidence of subscribers and before the necessary ecosystem of devices and services arises.

“Today it’s clear that the trust factor is a challenge,” Singh tells Mobile Europe. “We are an industry that has historically been overpromising and underdelivering.”

Another obstacle is overcoming cautiousness within the healthcare sector. “[It] is a conservative industry for a good reason, eg the liability issues,” says Singh.

“Cloud, privacy, real-time and accurate data functionalities have to be fulfilled in order for success. Fulfilling one or two of these requirements for the healthcare industry may not be enough.”