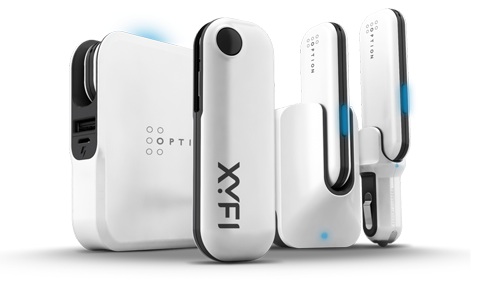 Embedded wireless and module developer Option has released financial details that cast doubt on the future of the company. The company is facing a 72% drop in revenue as a key licensing deal expires at the end of October, and is cutting costs and trying to access cash to provide working capital while it hopes new product lines come to the rescue.

The Belgium-based company is one of the longest-standing module developers in the wireless market. It was once a leading developer of the wireless cards, dongles and modules that provided early wireless connectivity to laptops and notebooks, but saw its market leadership eroded and then overtaken by cheaper competition from rival vendors such as Huawei.
In reaction it moved its focus to top-end products, as well as developing for new market segments such as M2M and in-car wireless. It also moved to a licensing model to exploit its IPR and technology development position, with its major customer being Huawei itself. That situation came about after both companies reach a deal in 2010 that would see Huawei would license Option's uCAN Connection Management software, at a cost of €27m for the first year of the license. Huawei would also acquire M4S, an Option subsidiary which was developing chips for mobile devices that support fourth-generation telephony, for €8 million. The agreement also included the potential for an extension of the license for an amount of up to €33 million over the next 18 months, something that Huawei did commit to.
The other quid pro quo for that cash injection was for Option to withdraw anti-dumping and anti-subsidy complaints it had lodged with the Belgian Government and the EC against imports of modems from China.
But the failure of Option to make other lines of revenue pay during the Huawei license period has meant that in recent times Option has become near-dependent on those licensing revenues from Huawei. In the first nine months of 2012, Option had total revenues of €34.4 million. Of that, €24.9 million was accounted for by licensing revenues from Huawei.
Huawei's licensing agreement runs out at the end of October 2012 and if you strip out Huawei's licensing revenues, that leaves Option with a quarterly turnover of €3-4 million. Recognising that, Option said earlier this month (10 October 2012) that it was seeking a €5 million cash injection of working capital to enable it to continue trading.  And as part of the Company's ongoing efforts to cut costs it decided to close its facility in Augusberg, Germany, and move the software activities to its HQ in Leuven, Belgium.
The company is hoping that new products in M2M, such as the recently introduced CloudGate, can drive new revenues. It also released a Quadband LTE dongle in 2012, the Beemo, as well as a MiFi solution called XYFI that it hopes to leverage to address other markets such as in-car wireless, and the Viu2, a 3G surveillance camera.
Meanwhile, the company is not keen to release forecasts or predictions of revenues. A spokesperson for the company said, "We do not give out any guidance on future revenues nor for the short nor for the longer term (1 year). We stopped doing this about three years ago and we're not reversing course. It is clear that we expect our revenues to go up with the new products we have introduced."
Internet of Things