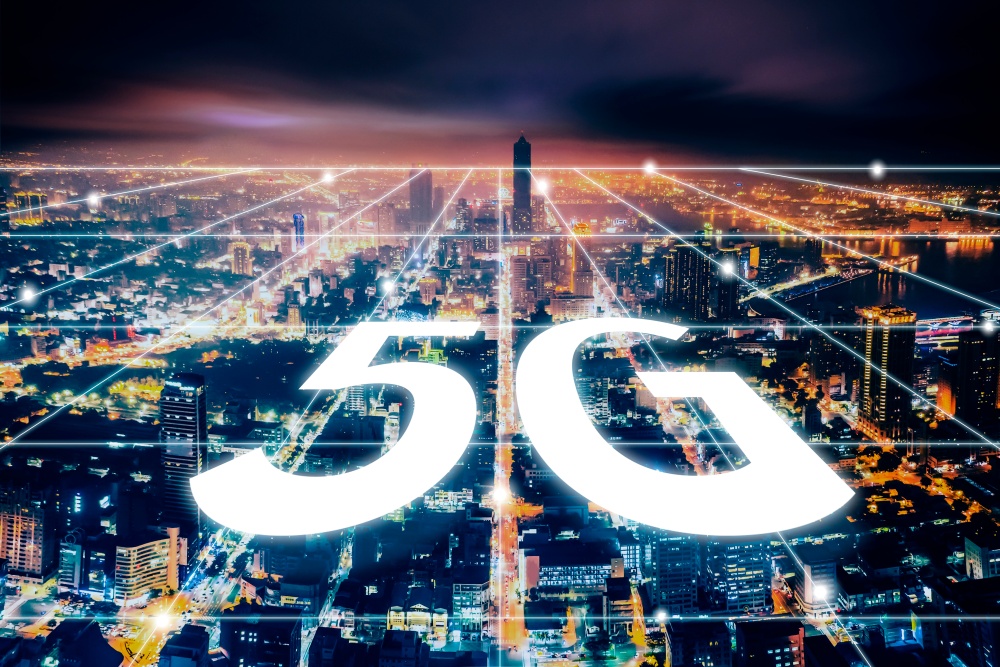 In the last year, 5G has emerged from the fog of hype into the comparative normality of the marketplace, but respondents feel there are still a number of serious concerns about the technology, writes Graeme Neill.

The GSMA said in March that 5G is offered by 46 operators in 24 markets. It estimates one in five mobile connections will be on a 5G network by 2025. However, respondents (* see end for details) to our readership 2020 5G survey think that 5G will be much harder to deploy than previous generations of networks and they are concerned that the financials – let alone the infrastructure to support it – aren’t convincing. There are also worries about security, which we investigate in a separate article.

Three-quarters of respondents (75%) placed the technology firmly in the enterprise, as opposed to consumer (25%) space, highlighting public/private networks, smart factories and smart cities as the use cases likeliest to go live first.

Respondents chose Germany as the market that will become the continent’s 5G leader. Deutsche Telekom (DT) has been particularly aggressive (and vocal) in its home market with plans to expand its 5G network to half of the German population by the end of 2020. Nevertheless, it was rival Vodafone that last year launched 5G first in Germany.

DT aims to extend its 5G network to 10 million Germans by the end of this year and plans to double that by the end of 2021. DT and Vodafone were also identified by respondents as the pan-European leaders in 5G, polling 24% and 29% respectively.

Those mentioned most in the ‘other’ category were Elisa Finland, Sunrise Communications, Swisscom Telenor, Three UK and TIM (the order is not significant).

Respondents overwhelmingly felt that enterprises afforded operators the greatest growth opportunity for 5G, on a scale of three to one. The GSMA agrees and said in March that 5G will be the “first generation in the history of mobile to have a bigger impact on enterprise than consumers”. The finding contrasts with last year’s survey, where 58% of respondents said they expected operators to target both consumers and enterprises in equal measure.

This can be explained by an increasingly dizzying array of potential within the enterprise sphere. Smart cities (cited by 68% of respondents) and smart factories (66%) were deemed the most appealing, but more than half of respondents also earmarked public and private 5G campus networks (59%), transport (56%) and digital health (55%) as in-demand 5G use cases. This is broadly in line with the 2019 survey, but campus networks have increased in popularity as awareness of their potential has grown.

However, the differences between the use cases identified by respondents as the most appealing did not align closely with those they felt would be deployed first, possibly reflecting prioritising return on investment versus suitability.

Smart factories and campuses were identified by respondents as the 5G networks to be deployed first. One such example is in Belgium, where Orange announced it is setting up an intelligent manufacturing network at the Atlas Copco Airpower factory.

Wouter Ceulemans, President of the Airtec division, Atlas Copco, says, “The factory of the future will be a lot more autonomous, automated and intelligent.” ABI Research anticipates that the smart manufacturing market will be worth $1 trillion (€920 billion) by 2030; little wonder many operators are pursuing that rather than consumers for now.

How well do operators understand what enterprise customers need? Respondents were mostly optimistic, given we are in the early days with 5G and standalone is new territory for everyone or, as one respondent put it, “It’s a two-way thing; operators have this powerful new technology… that can offer many things and with ‘some’ understanding of the world beyond being just an operator…

“Likewise, industry – utilities (energy, hydro, solar, gas-fired power), [manufacturing], transport etc – understand their own fields 100% and are only now learning what 5G can do for them, based only on what the operators are saying. And yet, there is a knowledge gap as to all the opportunities that can eventually benefit from 5G, so time will tell.”

Given the consensus among respondents that operators are focusing on enterprises, it is no surprise that 40% of them though a major consumer use case – the smart home – was the most overrated.

It seems operators are no closer to developing the ‘killer applications’ for 5G that made 2G to 4G compelling for consumers, despite attempts with augmented and virtual reality. Cynicism about operators using 5G in the smart home comes in spite of high-profile initiatives from the likes of Telefónica. The Spanish telco launched a new global unit in January aiming firmly at the smart home by creating a ‘fourth platform’ underpinned by its Aura digital assistant and integrating a range of products and services.

Respondents’ concerns are in line with the findings of Mobile Europe|European Communications’ 2019 5G survey, which found only 20% of companies were interested in the smart home as a 5G use case (compared to smart cities, which was in first place at 55%). This suggests continued scepticism at operators’ ability to deliver consumer innovation, a point underlined by AR/VR being the third most overrated technology.

Aura is very much the exception among operator-built digital assistants – Orange had to delay the launch of its djingo service and consumers are more inclined to opt for Amazon, Apple or Google.

Digital health was the second most overrated use case (27%). While it is true that smart health has yet to take off and there have been many failed attempts at deployment, this could well change in the wake of the pandemic if hyperscale players get involved to improve the economics. For example, at the end of May, Google announced the general availability of its Cloud Healthcare API to facilitate the exchange of healthcare data between solutions built on Google Cloud Platform (GCP) and applications (also see page XX).

5G may generate new revenues for operators, but our respondents felt the road won’t be an easy one – and that’s before most were in a position to take COVID-19 into consideration – with 63% saying deployment of 5G would be moderately or much harder than previous generations. One reader summed up the issues facing operators: “What needs to happen in deploying the physical network is not the issue; what makes it harder is ensuring operators are using the right equipment in the first place and, where this has not happened, it must be changed.”

According to respondents, the main problems are insufficient infrastructure (cited by 56%), uncertain business models (52%) and CapEx pressures (45%). For some time European operators have been drawing attention to what they see as the overly zealous regulation which is holding them back, while the lightly regulated likes of Google, Facebook, Amazon and Apple filled the operators’ networks without sharing the revenues.

Difficult deployments, lack of supporting infrastructure and tough regulation are three reasons to be fearful for operators’ bottom lines – and that’s before the full extent of the economic fallout from COVID-19 is felt. The International Monetary Fund expects the world economy to contract by 3% by the end of 2020, a far bigger decline than that resulting from the 2008 financial crisis. The best-case scenario is that the pandemic declines in the second half of 2020 and there is a swift return to ‘normality’, which could result in 5.8% growth next year.

However, that assumes no second wave infection, countries acting in lockstep with a coherent test and trace strategy (which has not happened so far) and the discovery (and wide application of) a vaccine.

If respondents were already concerned about the lack of 5G network hardware in place – as well as the lack of ubiquity of the equally essential Wi-Fi, 4G and most especially fibre that is needed to create the 5G network of networks – and financial uncertainty, the year ahead could compound matters. Enterprises are seen as the cash cow for 5G, but they could become risk averse.

On the consumer front, Apple may choose to delay its first 5G devices, which were widely expected to launch in autumn 2020. The iPhone 5 launch in 2012 turbocharged the LTE consumer boom and could do the same for 5G.
There are also issues around the sourcing of components due to the buffeting of supply chains, for example as a result of the escalation of the Sino-American trade war. In May, Huawei’s Rotating Chairman, Xu Zhijun, described 2019 as a year of “unprecedented challenges” and warned of a more complicated environment ahead.

President Trump’s most recent executive order banning US companies from selling to Huawei and ZTE was extended in May until 2021 and was specifically designed to prevent giving access to their chipsets. However, most of Europe (the UK aside, in a policy reversal) has not followed the US’ lead and our reader survey has found Huawei’s reputation for telco innovation is undimmed, with more than 50% of respondents dubbing it a technological pioneer. Worryingly for Nokia, respondents are paying attention to its falling R&D budgets and only 8% identified it as a 5G innovator.

Mavenir, Cisco and ‘OpenRAN’ companies were cited most commonly among the ‘other’.

There are also delays to spectrum auctions, which we have already seen in France, Spain, Austria and Poland, and more could follow.

Despite all these anxieties, our findings reveal a sliver of optimism. If smart cities, smart factories and campus networks are the three most exciting 5G use cases, they are also solutions that could change people’s ways of living and working, and operators are well placed to capitalise on them – but they need to do it quickly (see article on page XX), because they are not the only players in town.

*We conducted this readership survey between March and April 2020. Of the 122 respondents, 34% were network operators, 24% vendors and the remaining 42% were from the likes of consultancies, systems integrators, analysts and regulators. Just under 80% of respondents were from Europe, 8% from Asia-Pacific, 6% from both Middle East and Africa, and North America, and the remainder from South America.