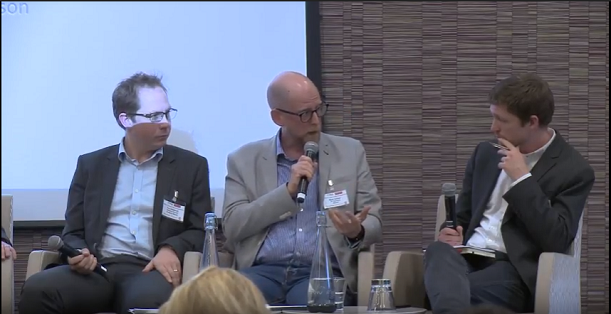 The broad church of the Internet of Things could actually be holding it back by making its identity muddled, according to industry watchers.

Northstream's Bengt Nordstrom, Gartner's Matt Hatton, and Analysys Mason's Tom Rebbeck took part in a panel at the Mobile Europe and European Communications' IoT in Telecoms conference, which debated whether the IoT has a credibility problem.

Hatton argued the issue is not one of credibility but rather one of identity. He said: "The problem is more to do with just having a single overarching topic called IoT, which really combines a load of things that really has no resemblance to each other, other than there's a form of connectivity in there."

In a wide-ranging discussion, other areas covered included the variety of approaches operators can take with their IoT strategy and whether MVNOs could be the providers that can offer a bespoke solution for different verticals.

You can watch the video in full below or visit our YouTube channel for other videos from the event.