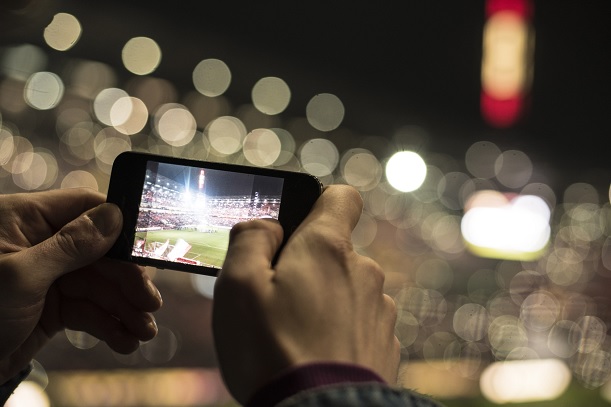 A misconceived name and poor device support remain thorns in the side of LTE broadcast, according to the head of the technology’s industry group.

Eighteen months after telcos banded together to form the LTE Broadcast Alliance, Matt Stagg’s frustration shows. “I’d expected us to have it [commercially live by now],” Stagg, who is Head of Mobile Video & Content at UK operator EE, a founding member of the Alliance alongside Telstra, KT and Verizon, tells Mobile Europe.

The tech, which was specified in one of the early releases of the LTE standard, allows a single feed of information to be distributed to multiple users simultaneously via the same chunk of spectrum. Its potential – to avoid the inevitable network congestion when each end-user would use an individual chunk of spectrum to consume video or download content – was clear.

In particular, its proponents hoped to enable the mass streaming of live content at sports events or to preload popular content and unlock it on a release date. However, its early promise has failed to follow through with mass adoption.

Stagg admits the Alliance would reconsider the technology’s name if it had to do things again. The inclusion of the word “broadcast”, as well as the fact that many early demos took place in stadiums, encouraged the misconception that it was only designed for streaming scenarios.

In fact, he says, the technology could be used for large-scale downloads of mobile operating system updates or mass updates to IoT devices in the future.

The recent addition of chipmaker Qualcomm to the Alliance’s ranks may provide a new lease of life to the coalition's overriding mission of convincing the handset giants to support LTE-B.

While Qualcomm supports the technology on its Snapdragon processors, many devices still lack the middleware to communicate between the chipset and the software, according to Stagg.

His views are backed up by a Strategy Analytics report earlier this year, which bemoaned weak device support, finding that only around four percent of smartphone models were using capable chipsets.

Nitesh Patel, Director of Wireless Media Strategies at the research firm and author of the report, notes that while a number of Android handsets are capable of supporting LTE-B, the complete lack of support on Apple’s iPhones is the main Achilles heel.

Patel says there is a certain amount of chicken-and-the-egg here. He says Apple does not tend to include features on its devices that will not be widely supported by operators and LTE-B has a “not insignificant” cost considering adoption by operators is still low.

Stagg says the Alliance’s biggest achievement has been to “put the message with one voice to handset manufacturers that this was not a nice-to-have or niche requirement but was critical to long-term quality of networks”.

He claims that he is seeing “a lot more people sit up and listen”, with trade body the GSMA chipping in with research papers and open letters to handset makers. Regardless, EE has still to get beyond the stage of trialling broadcasts of BBC content during sporting events. “We would launch [if handset density was there],” says Stagg.

Elsewhere, other members of the Alliance have had limited success. Australia’s Telstra announced in February it would launch LTE-B on its network nationally in 2018 and has launched a 24 hour linear streaming channel for compatible handsets.

In the US, Verizon has used the technology since April 2016 to stream live auto-racing content through its IndyCar mobile app, while Korea Telecom has used it in live broadcasting since 2015.

But even if branding and device availability were not issues, there are critics of the feasibility of LTE playing a key role in broadcasting. Caroline Chan, GM of Intel’s 5G Infrastructure Division, says there are two problems. First, a lot of LTE networks are still fixed functions-based rather than fully virtualised. Since every new service requires additional network power, she says, the upgrade cycle to launch new services such as broadcasting is slower, inhibiting the introduction of new capabilities such as LTE-B.

Second, Chan says that the business model in the 4G era tends to be subscription-focused, which is unsuitable for broadcasting. “Someone who holds the SIM cards either needs to pay the additional cost or it is a pure cost saving to justify the roll-out of the additional service,” she explains.

Chan expects it will take 5G, as well as increasing virtualisation of operator networks, to provide the technological capabilities and the revitalisation of business models needed to finally make cellular broadcasting viable. Similarly, Strategy Analytics’ Patel thinks most operators will simply wait for 5G. “Most mobile operators are not deploying LTE-B at this point in time,” he says.

Stagg disagrees, and cites the simplicity of installing LTE-B, via a software update on the radio access network and some additional hardware at the core. He argues it only needs to be installed in areas of particular need, rather than across an entire network. He also doesn’t believe a new business model is needed, since the boost to network performance from LTE-B serves EE's strategy of providing a good customer experience rather than offering a new revenue stream.

Nevertheless, Stagg is rightfully fearful of the industry putting LTE-B on the backburner ahead of 5G. EE, for example, is already looking ahead with its involvement in the EU-backed 5G-Xcast project, which aims to build mass media delivery into the next generation mobile architecture.

Stagg says he still expects to see LTE-B in action in the years ahead of 5G as without it “mobile operators will end up with congestion during major events”.

Other players remain to be convinced, however.