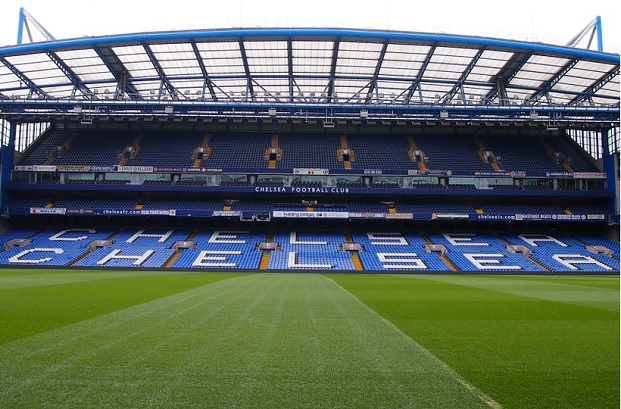 Ericsson is hoping its partnership to install Wi-Fi in the grounds of Chelsea Football Club will lead to operators looking to 5G to enable connectivity within stadiums.

The vendor will design, build and operate a small cell network at Stamford Bridge, as part of its Small Cell as a Service (SCaaS) offering.

Fans need to sign up to the free and operator-neutral service only once, and then can automatically connect each time they come to the stadium. The installation is similar to Ericsson’s deal to connect the stadium of Legia Warsaw, announced in 2015. The vendor has also operated fan Wi-Fi during the 2014 World Cup in Brazil and the 2016 European Championship in France.

Ericsson is currently undertaking network design to ascertain where to install the cells in the stadium to provide seamless coverage.

The installation of the network is set to begin “as soon as possible”, according to Chelsea FC Director of Marketing, Gary Twelvetree, with services built on the connectivity to be introduced in the future.

But while the partnership is starting with Wi-Fi, Ericsson is hoping that the installation will provide something of a stepping stone towards 5G, with the current deal only spanning a two-year period.

“Today we have started with Wi-Fi but 5G will come in 2019 which is not far away,” says Arun Bansal, Head of Europe and Latin America, Ericsson, tells Mobile Europe.

“We wanted to start somewhere and not over-promise, and as we go along the ambition is to evolve the offering with new technology coming in.”

While the small cell installation will initially provide Wi-Fi, Bansal expects other, unnamed technologies to be introduced later. For now, the Wi-Fi will provide speeds of “a few MBps”, according to Bansal, but its capabilities will be upgraded according to requirements.

At the end of the two-year contract the partnership, including the technology used, will be reviewed.

In the longer term, as applications such as virtual reality come into play, Bansal expects the need for 5G in a sporting context will grow.

With virtual reality, for example, Bansal says “fans can sit in their home and watch sports events live, following their favourite players”.

An Ericsson demo at the launch of the service shows how a player can be equipped with sensors that provide a detailed feed of their movements through the 5G connection.

“You need very low latency for that experience and you need very fast connectivity," says Bansal.

“Once [the latency issue] is eliminated, I foresee that in five to 10 years, one of the biggest use-cases of 5G will be virtual reality for sports."

While next year's Russian World Cup will also host several 5G demos and networks, Bansal says he hopes the Chelsea project will help stimulate excitement about what connectivity can bring to sport. He adds: “With this partnership we are hoping we can excite European operators to think in this direction."

In coming years, he envisages a stadium being connected by an operator via a localised licence, and offering operator-independent services.

The goal would be to provide fans with a user experience similar to connecting to Wi-Fi, but with the security, speeds and latency of 5G.

While the launch was very much focused on sport, Ericsson has been experiencing problems off the pitch.

Bansal, who previously headed up Ericsson’s Network Products business unit, was appointed to his current position in March as part of a wider restructure as the vendor looks to turn around a tumultuous financial performance.

When asked by Mobile Europe how happy he is with the progress of its strategy, Bansal says it is “too early to say”.

He adds: “From a management point of view we will be happy when we see a significant improvement in our financials.”