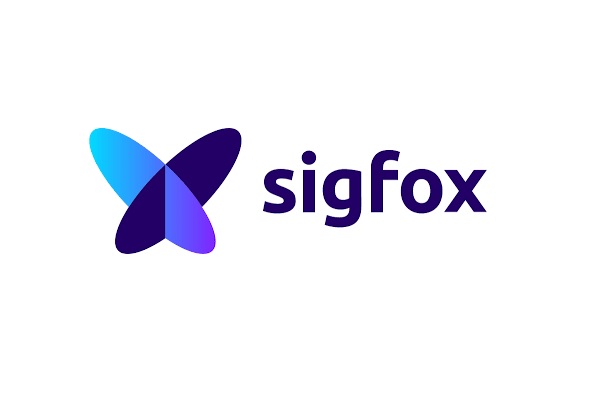 Sigfox’s role as a disruptor in the Internet of Things has led to it ruffling some telco feathers, but a senior executive has claimed operators are seeing the benefits of the technology, even as the landscape gets more competitive.

EVP of Communication Thomas Nicholls is refreshingly candid as he admits the connectivity provider has a mixed relationship with operators. He says: “When we started out the operators split into two camps. One camp said: 'that’s wonderful, we can sell more solutions'. The other said: 'it’s a new competitor, let’s wage war against them'.”

The cooperation side of the equation seems to be progressing well, with new partnerships signed by Sigfox with Telefónica and Telia Estonia since the beginning of 2017.

But Sigfox could face a squeeze as operators bring to market competitor technologies. Some analysts argue its position is fragile and the next few years may prove decisive in the company’s ambition to establish itself as a mainstay in the overall connectivity mix as operators race to launch their own cellular-based IoT technologies.

For example, Orange announced it would launch LTE-M in Belgium and Spain this year and operators such as Vodafone and TIM are trialling or preparing to launch NB-IoT.

In terms of what it offers, Sigfox is similar to cellular standard NB-IoT and proprietary technology LoRa. It is a low power, wide area network technology, designed to provide basic connectivity to devices that do not require high throughput, such as smart meters.

However, its most crucial difference is in terms of cost. The technology comes at an extremely low price since it uses a widely commercial available radio component, like the kind that is used in the remote key for a car.

In addition, it is an end-to-end network that benefits from a wide reach. It is present in 31 countries, with about half of these countries covered nationwide.

Nicholls says the network will span 40 countries by the end of this year, 60 next year. In physical terms, Sigfox has been used to communicate at a distance of over 1,000km, between Ireland and Spain.

That’s not to say the technology is flawless. Nicholls is frank about the volume of data Sigfox can transmit, adding the likes of asset tracking would be better served through cellular solutions that can carry more traffic.

But the established presence and price point is why telcos are keen to work with Sigfox.

Ideally, Sigfox should sit alongside Wi-Fi and Bluetooth in the stable of connectivity solutions, he adds.

The view from the telco side is similar – that the diversity of ecosystem benefits everybody. To Andrés Escribano, IoT Global Connectivity Business Director at

Telefónica, its partnership with Sigfox is an “important step” in establishing the connectivity required to make global IoT services a reality.

“At this moment, Sigfox is a very good option available in the markets in which we operate for those use cases that require nationwide deployment. Working together, we can deliver services to customer quickly, globally and with competitive prices, so this is a big step for the spread of IoT,” says Scribano.

The revenue sharing agreements that Sigfox favours are not “in sync with operators”, he argues. Sigfox charges network partners for the hardware and operates a revenue share on each connected device.

To Gartner’s Toni Nygren, Principal Research Analyst, telcos including Telefónica will look to NB-IoT and other cellular solutions when the cost goes down and there is a critical mass of devices and applications.

Nygren believes Sigfox to be a “good time-to-market and cost-effective alternative at the moment”.

David Botswarthick, Operations Director at standards body ETSI says: “For the moment they are serving niche markets very well, doing things that operators cannot currently do with the networks they have today.

“But I fully trust that operators will catch up with the technology they are developing such as NB-IoT.”

“In regards to costs, the network deployment and more importantly operational costs, will always be much higher with cellular based networks due to the inherent complexities,” he says.

This is because cellular networks are based on very precise configurations, he says, which need to be updated every time a new cell is installed or modified significantly. With Sigfox, on the other hand, each base station is configured independently making maintenance much simpler.

“Even more importantly,” he adds, “the costs of cellular based connectivity modules, including the NB-IoT and LTE-M evolutions from the 3GPP, will always be much higher than with Sigfox.”

He compares the less than $2 cost of a Sigfox communications module with the $10 for cellular equivalents, claiming the lowest this will fall to will be around $6. Krishnan of ABI presents lower figures –  $5 and $3.5 for GSM/GPRS and NB-IoT respectively by 2026 – but Nicholls does not believe that the modules could become as cheap as this unless the related radio standards were to radically evolve.

“This difference will make or break a multitude of business cases,” he says.

The future may be in interoperability, he suggests, as other network technologies can be run on the same hardware as Sigfox, recently demonstrated at a Sigfox event.

However, Escribano of Telefónica says that interoperability with Sigfox is not critical since it is a complementary technology.

Sigfox is also working to safeguard its future by working on the development of 5G, with some of its personnel taking part in 3GPP and the 5G group. Nicholls says that the technology will operate alongside 5G, since not all IoT applications will be best served by the latter.

For its part, Telefónica’s Escribano says that the operator “see(s) no conflict in the partnership” between Sigfox and its NB-IoT plans. The company effectively wants to explore as many opportunities in IoT as possible using complementary solutions.

Krishnan of ABI Research believes that the next two years will be “quite decisive and quite challenging” for Sigfox.

“There are questions to be answered: can it sustain its low cost model without massive volumes? Will the economics of cellular change?”

But it is clear that the company has no intention of simply getting out of the way of telcos and their cellular networks.