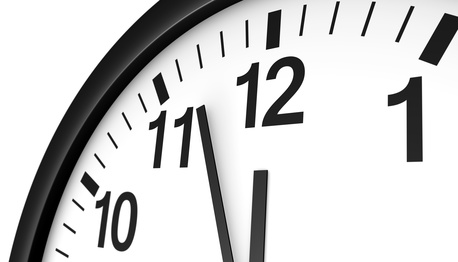 Spectrum was in the spotlight at the 5G World event this week, with questions raised about whether the current methods of allocation were fit for purpose.

With the expected commercialisation of 5G networks only three and a half years away, the clock is ticking on whether telcos can get everything in place.

The multitude of trials and demos that continue to take place are helping to answer the question around what types of technology 5G will comprise.

The momentum behind 5G was summed up by Ying Weimin, President of R&D of Huawei's Wireless Network Product Line. He told delegates: "A year ago we were at the concept and prototype stage. Now we are talking about a plan for the future."

However, Takehiro Nakamura, VP and General Manager of NTT DOCOMO, suggested the industry is facing problems with a harmonised 5G band.

He identified some of the bands mooted as suitable for 5G. While the 3.4-3.8Ghz band is tailor made for Europe, it is not for the Asian or United States market. By contrast, the 27.5-29.5GHz band, which has been the subject of trials by AT&T and NTT DOCOMO, is great for the US and South Korea, but not for Europe.

Nakamura said: "We need to find accredited spectrum bands. From a vendor's perspective, in order to launch 5G in 2020, we really need to have these decided in advance by the end of this year so we can get the right devices in place."

After setting the pace with LTE, Asia is keen to continue the momentum. One European operator was more circumspect about whether early harmonisation matters.

David Lister, 5G Programme Lead at Vodafone Group, said: "When work started on 4G there was no common band. As it evolved, handsets that supported multiple different bands came into the market. It's desirable to have a common band to access economies of scale but there are different options for the industry to move forward upon."

According to Mark Newman, Consultant at Ovum, the industry "shouldn't underestimate" government and regulation.

He said: "If you think 5G is going to be radically different then spectrum allocation and regulation must also be different."

Adrian Scrase, CTO of standards body ETSI, blamed the International Telecommunications Union, which allocates bands to the industry, for the uncertainty.

He said because 28GHz was not available in Europe, it raised questions about whether the ITU's World Radiocommunications Conference remains the best method of divvying out spectrum. Its next conference is 2019, only one year before the first commercial 5G networks.

He said: "My concern is whether we should place our faith in WRC or is that process broken."

However, Arun Bansal, Senior Vice President and Head of Business Unit Radio at Ericsson, said: "5G being pushed so much by use cases will lead to standardisation being brought forward. I'm convinced the standardisation will happen by the end of 2017."