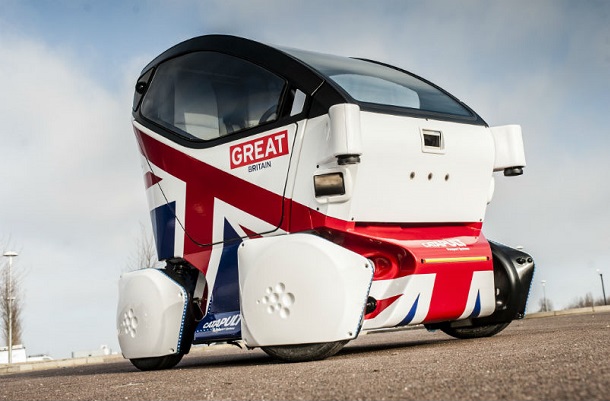 In a week when the humble clock made headlines around the world, newer types of technology were overshadowed by the power of clockwork.

In Britain, the Lutz Pathfinder autonomous vehicle hit the mean streets of Milton Keynes, albeit at top speeds of 15 miles per hour. The company behind it is hoping it could replace public transport, with pods summoned by a smartphone.

According to Bloomberg, it uses a mix of lasers, radar and cameras to scan its surroundings. A driver will initially take the car around a city to have it “learn” its environment before it sets off on its own.

The project joins the likes of Google’s self-driving car program. Earlier this month, the company’s project experienced a surprising problem in its testing. The issue isn’t its car; it’s the unpredictability of other (human) drivers.

Researchers told the New York Times that Google’s car is too safe. Academic Donald Norman said: “They have to learn to be aggressive in the right amount, and the right amount depends on the culture.”

Google tries to put shattered Glass back together

Google’s Glass project was put on hiatus in January when the company announced it would no longer sell its $1,500 prototype “Explorer” specs.

Glasses are now back on the agenda with Project Aura, something that should not be confused with its modular smartphone Project Ara. Business Insider reported Google has hired staff from Amazon to work on the project, with one time Glass head Ivy Ross overseeing it.

Despite growing interest in virtual reality from the likes of Facebook, with its Oculus Rift project (among others; see below), it is currently unclear if Google will follow suit.

The Glass project is in dire need of reinvention. The initial prototypes were criticised as being too clunky and it failed to deliver enough benefits to justify the high cost of the device.

Your smartphone could be the gateway to virtual reality, after reports Facebook is working on an app that allows spherical filming.

The social network will begin selling its Oculus VR headset early next year but content could be provided by smartphones, with users tilting the camera to deliver a full 360-degree experience.

It also cited research from Deutsche Bank, which claimed Facebook would sell 1.5 million Oculus devices next year. Analyst Ross Sandler said: “Oculus firmly believes that VR will initially be popular with hard-core gamers and enthusiasts who are willing to invest in high-end desktop computers for gaming for the next two years. Zuckerberg’s own vision is much broader than this, but it may take a few years to play out.”

In a further sign there is nowhere safe from the Internet of Things, Deutsche Telekom’s T-Systems, baggage manufacturer RIMOWA and Airbus have developed an electronic tag for checking in luggage. Instead of the usual paper tag, travellers can send their flight details to an electronic display on their suitcase via Bluetooth.

The companies said the tech would help reduce check in times to mere seconds. The first cases carrying the electronic tag will go on sale from April 2016. If it proves a success, Mobile Europe hopes they turn their attention to improving the tedious airport security experience.