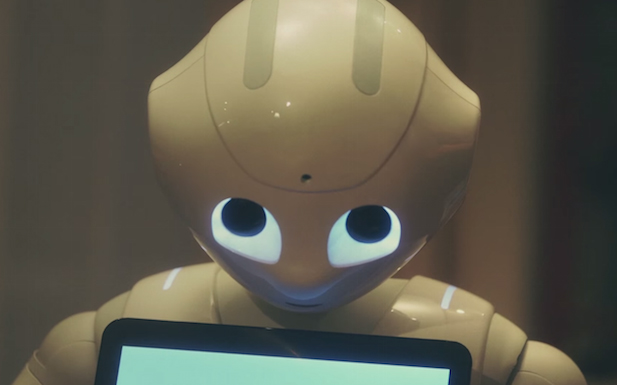 Connected animals and an “emotion-feeling” robot were some of the more unusual topics to catch the eye of the Mobile Europe team this week.

Telefonica revealed on Wednesday that it was working with Spain’s Research Foundation for Biodiversity and Ethology - known as the FIEB - towards using IoT tech in wildlife protection.

FIEB plans to use Telefonica’s M2M smarts to keep tabs on the wellbeing of the critters kept in its facilities. This will involve kitting them out with high-quality surveillance cameras alongside “numerous sophisticated environmental sensors”, allowing the FIEB to monitor living conditions as well as the animals’ behaviour.

This will also help keep the animals’ interaction with people to a minimum, which Telefonica explained was important for some species if they are to be released back into their natural environment.

Back in the human world, Google-owned Sidewalk labs has snapped up two companies just weeks after launching as Mountain View sets its sights on connecting cities.

Sidewalk has now taken on Control Group and Titan, key members of the LinkNYC project, which is looking to bring gigabit connectivity to places like bus stops.

Google CEO Larry Page said: “Many cities around the world have already made a lot of progress in some of these areas—for instance, developing dashboards to measure and visualise traffic patterns, and building tools that let residents instantly evaluate and provide feedback on city services.

“But a lot of urban challenges are interrelated—for example, availability of transportation affects where people choose to live, which affects housing prices, which affects quality of life. So it helps to start from first principles and get a big-picture view of the many factors that affect city life. Then, you can develop the technologies and partnerships you need to make a difference.”

We’re sceptical whether an emotion-feeling robot called Pepper, created by Japanese operator SoftBank, will make much of a difference.

In a story that has all the potential of a techno-apocalypse B-movie, Pepper’s creators say the robot is able to read the facial expressions of humans and react with its own, presumably pre-programmed, responses. This includes popular human interactions such as sighing, dancing and “amusing” people.

Pepper can also “evolve with collected wisdom” thanks to its connection to a platform called Cloud AI, which sounds terrifying.

Clearly, consumers aren’t worried about their impending enslavement: SoftBank sold out of all 1,000 Pepper units within 60 seconds of putting the £1,000-odd robot on sale.

At the other end of the tech spectrum, there was reassuring news for BlackBerry’s dwindling fan base as the former smartphone giant began to see a payoff from its shift to software development.

Revenues from software licensing and technology were up 150 percent year-on-year in Q1.

Finally, Facebook announced that its popular (read: life-sucking) Messenger app is now available to those last few people who aren’t signed up to the site itself.