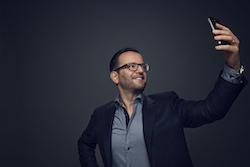 Operators need to focus on sub-2GHz spectrum rather than look to the higher bands for forthcoming 5G technology, the CTO of Tele2 has warned, but a senior Huawei executive said high frequency spectrum was essential to meet capacity problems.

Speaking at Huawei's Global Mobile Broadband Forum in Shanghai, Tele2 CTO Joachim Horn (pictured) said good quality and coverage were increasingly important for customers, because of the sensitivity of data compared to voice.

He revealed that Tele2’s own figures showed that one in five customers now rate coverage as the most important factor to them, compared to 13 percent a year ago.

In Sweden, the operator has a 99 percent population coverage, which Horn said was due to its refarming of the 900MHz holding.

He said: "Building a network below 1GHz is five times more efficient than 2.6GHz and three times more so than 1800MHz. The focus [for the industry] should be on sub 2GHz networks."

The exploration of ultra-high frequencies for mobile broadband is among the areas of focus for forthcoming 5G networks. But Horn said this approach failed to take advantage of the existing potential of lower frequencies.

"Before we move to high bands, we should use every opportunity to exploit the sub 2GHz bands... we will have to pay the price and the economies of scale will not work. It's extremely important to look to the smaller bands of the spectrum first because the problem is indoor coverage," he commented.

Vendors are currently exploring a hybrid technology bridging 4G and 5G. Dubbed 4.5G by Huawei and pre-5G by rival ZTE, the technology will use existing 4G tools more efficiently, according to Ding.

Yesterday, China Mobile executive Li Zhengmao said the industry will be able to offer speeds on 1GBps on 4G, rather than on 5G.

Ding went further: "We can be more aggressive than that. If we can't reach that, it's totally unacceptable."

What’s more, he said the new standards would not require fresh equipment, as it was an step forward on LTE: "It's an evolution, not revolution. With 5G... operators will need to invest a huge amount of money again."

However, Ding dismissed claims the technology could delay the launch of 5G.

He said: "As we have seen with 3G, when dual-carrier came out, there was the belief no-one would want to go to 4G. But once we had 4G no-one wanted to go back."

But Horn claimed the emergence of 5G exacerbates a problem he described as "the threat of legacy", as more and more types of technology are stacked upon one another.

He said: "It's becoming a big problem. It's complex for operators if you have more than one technology. It increases the cost of maintaining networks and creates more opex, something we hate as operators. It reduces flexibility."