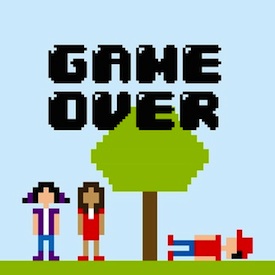 "The game is not over." That was the upbeat declaration by KPN CTO Erik Hoving on the telecoms industry but it was a rare moment of optimism on the first day of LTE World Summit.

The morning session of the annual event struck a gloomy tone as delegates heard that a change needs to come and quickly to reverse European telcos' fortunes.

Operators, and particularly CTOs, have to find a crystal ball, delegates were told, to anticipate the changes that will come to the market and plan for them accordingly.

As Telekom Austria CTO Gunther Ottendorfer noted: "It's important for CTOs to look into the future and enable things. We can only enable; we can't direct."

So what is being done? Ottendorfer outlined his operator's switch to LTE, currently covering more than 45 percent of the Austrian population (in addition to roll outs in Croatia and Slovenia) and extending to more than half by the year-end.

He was agnostic about VoLTE technology, describing it as a "great development but we shouldn't overhype and overpromise".

He said: "At the moment, it's a very basic service with a very good call set up time. Two to three years in the future, there will be ideas to combine voice with data information that's useful during calls."

Wi-Fi is simply playing a complementary role to mobile coverage, according to Ottendorfer, with ubiquitous Wi-Fi coverage requiring a huge number of devices.

He said: "Up until now people didn't have ubquitous LTE. It should be seamless and without any issues. Don't forget there are currently a lot of people suffering with Wi-Fi coverage. With good LTE coverage, all of that goes away."

Vodafone Netherlands also outlined its LTE plans, although it was more excited about VoLTE, with trials beginning by the end of this year and deployment to follow in 2015.

CTO Mallik Rao said carrier aggregation would also start in 10 cities by the autumn, coinciding with the operator achieving 100 percent 4G LTE population coverage. This will be extended to 50 cities by spring next year.

However, delegates were told of the need for greater innovation, with some speakers accepting not enough had been done in the past.

KPN's Hoving said: "We have to innovate better and be smarter. Today, on the iPhone, there's more innovation than we did in 10 years."

The virtualisation of networks was seen as one area of innovation, or at least one that could help operators move much quicker than they have in the past.

Telekom Austria's Ottendorfer, whose network has launched several NFV trials during the past month, said: "NFV will generate a new mindset and new opportunities. It brings use much closer to the developments that we need to be making anyhow."

However, as Haitham Abdulrazzak, CTO at Etisalat, warned, there are a lack of skills among operators to deal with new virtualisation technology, a point that was recently made by Telecom Italia and Juniper Networks.

[Read more: How much should operators virtualise is key SDN/NFV question amid roll outs]

In future, it could be software developers that are needed moGre than engineers, he said.

According to Kerstin Gunther, SVP Technology Europe for Deutsche Telekom, virtualisation does not immediately solve the issue of the complexity of networks.

She said: "If you virtualise chaos, you are still left with chaos. We really have to work together as an industry or we will still end up in chaos and have the same work to do."

5G, which was one of the themes of the presentation tracks running through the conference, was seen as another opportunity, with its potential for use in the M2M or Internet of Things sector.

Gunther drily noted she was interested in anyone who actually knew what 5G would be utlimately used for, such is the embryonic nature of the technology.

But she added it needed to be a "revolution" from existing wireless technology: "We will be able to satisfy current use cases with 4G and smartphones. What's important is what needs to be solved in the future by 5G. For me, it's access and core. They will move much closer."

Telekom Austria's Ottendorfer was also excited by the potential of 5G but said lessons needed to be learned from Europe dropping behind the rest of the world during the shift to 4G.

Ottendorfer, along with Deutsche's Gunther and KPN's Hoving, all agreed that innovation needs to be encouraged by regulators, arguing it was the prohibitive price tags slapped on 3G licences that led to the European market missing out on LTE.

Ottendorfer said the current climate for operators needs to be made easier, if the European Union is to make good on its intention for the continent to be the home of 5G.

He said: "It's not enough to sign an agreement with South Korea. The EU needs to create an environment that is competitive. If we don't do that on the way to 5G, Europe will fall behind."