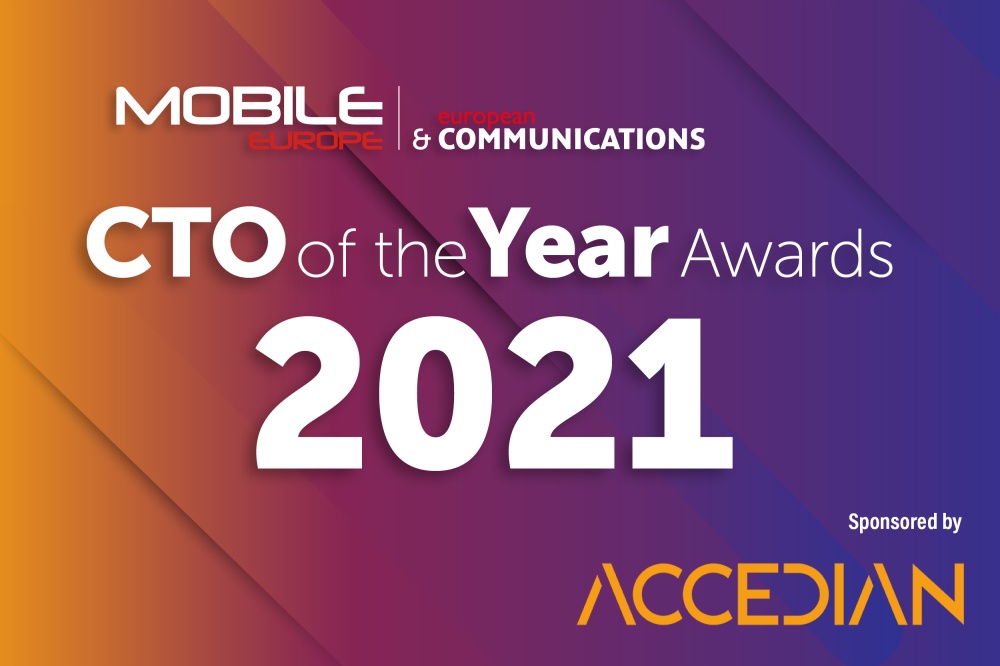 There were differences of opinion concerning Open RAN, edge, hyperscalers and the move to cloud native and more. Annie Turner reports.

The shortlist for CTO of the Year Awards 2021

Patrick Ostiguy, Founder and Executive Chair at Accedian, which sponsored this year’s CTO of the Year Awards, started by acknowledging the leadership shown by CTOs and CTIOs, which, he noted, “is and continues to be a guiding light in this market.” The debate began around how to maintain the terrific momentum many telcos achieved during lockdowns.

Ingeborg Øfsthus, CTO of Telenor Norway, said, “It’s been really interesting to see how we coped with this and also watching enterprises; they are leapfrogging and looking at the experiences they have during this time and want to continue with them. If there ever was a time when it’s exciting to work in telecoms, it’s now.”

Hatem Bamatraf, CTIO, Etisalat Group, agreed: “The market and the industry are at a crossroad. The way that I see it is either you select to be a connectivity player – but to do that, you need to design a completely different operating model and structure to what we are doing today – or look to bigger opportunities with the introduction of 5G and the fourth Industrial Revolution, cloud and AI.

“The combination and intersection of all of those technologies provides a huge opportunity for telecoms. The challenge is how we transform ourselves to jump in and capture that opportunity.”

Where are the examples of telcos who have made that jump to techco, though? Philippe Ensarguet, CTO at Orange Business Services and winner of our Trailblazer CTO of the Year Award 2021, pointed out that Orange group already derives 41% of its revenue from digital, IT and integration services in 2020, and is on schedule to increase that to 55% in 2025.

He added, “I’m a pure software guy – and that's the reason why [I] was appointed to my job two years ago. I started from a real greenfield. The company requested that I should turn it to using software, cloud and APIs. It’s revolution not evolution. Evolution you can buy; revolution you have to do and that’s the purpose of my job.”

Ensarguet continued, “If you really want to release services or support the transformation journey for your customer, there [needs to be] a very strong foundation built on three pillars. The first is cloud connectivity, the second is security and the third is the identity and access management. We need to build them to roll out the services we want to deliver to our customers.”

This includes working with hyperscalers. Ensarguet said, “I think it's very important to listen to our customers. There is a natural place our business fits for a very simple reason: in the B2B market most of the time our customers have super-strong opinions about technology, meaning you have to embrace not cloud, but multi-cloud, and not the edge, but multi-edge.

"Whatever the quality, the performance or the maturity of the hyperscalers, the reality is that our customers are currently using most of them at the same time.”

Ostiguy asked if the role of operators will become simply to create real estate for hyperscalers to get closer to end users, or will operators leverage more cloud-native services to end users?

The judges made special mention of Yusuf Kıraç of Turk Telekom for overseeing the creative use of AI in operations and the very first deployment of the Open Network Foundation’s SEBA, as well as increasingly data-driven operations which resulted in a 15% increase in broadband subscribers during 2020.

Emel Uzun Subaş is Telekom Network Architecture and Quality Assurance Director at Turk Telekom, and she attended on behalf of her colleague, Yusuf Kıraç, Technology Assistant General Manager, Turk Telekom. She responded to Ostiguy’s question saying that the new services provided by the emerging technologies and 5G, hyperscalers and telecom operators will most probably converge at some point.

In this new era, operators can either start a partnership with hyperscalers or can provide services within their own cloud infrastructure.

Türk Telekom is already providing data center services to its customers. Cloud experience in the data center services will give flexibility and fast deployment with the use of SDN and NFV solutions in its networks.  Moreover, she added that they are transforming their networks with NFV-based technologies, such as SEBA for fixed networks (which is based open source), and also starting their experience in Open RAN for mobile.

Uzun Subaş acknowledged, “This is not an easy task, but it is a necessary thing to both have a say in technologies as an operator and to decrease the cost of new technologies’ adoption. It will allow us to have a bigger ecosystem.”

Kim Larsen, CTIO, T-Mobile Netherlands, commented that hyperscalers are “Super exciting, because that is where much more innovation will be driven from.”

He added, “We still have our control points. Telcos often forget, because we want to do more exciting stuff, that we still have our hands on the goodies. We have the spectrum, we have the access points… Hyperscalers, particularly Amazon or Microsoft, let you use a cloud solution on-prem, and even at the edge, so you can start architecting your services and cloud-enablers for what you want to have inside your network as control points.”

Enrique Blanco, Global CTIO at Telefónica and winner of the Gamechanger CTO of the Year Award 2021, said that one of the reasons the hyperscalers are in the position they are today is because, unlike telcos, they are not regulated.

He added, “We are cooperating with them all in the B2B area. For me, we have to cooperate [with them]  in the long run to cooperate and to define what will be the right services approach and architecture, building at a really efficient level.

“Let me give one example. SD-WAN may be the most advanced service for our B2B customers and we are building it with a software solution that works over hyperscalers solutions, it doesn't matter which. I fully agree with Philippe: it’s about how we can build an extremely flexible solution for the customer.”

How long this intermediary and value-added role will last was a matter of debate too. Larsen argued, “I think we have gone wrong in architectural thinking: telcos are obsessed with control. A lot of the things we try to architect and build have a top-down approach… There is another world based on a microservice-like architecture, where each layer has a high degree of autonomy or of control points.

“I think the whole reason that hyperscalers will get more and more power is that ultimately they will be this kind of top-down down orchestrator control point for a lot of things that go through our network, through our stack and to our customers. We really should think much more about this and how you leverage the different layers inside a telco.”

Some operators are clearly very determined to control their own destinies through disaggregation of their networks, connected via defined interfaces, all the way from the Open RAN to the core. Telefónica is one of them.

Blanco stated, “We decided not to build any monolithic or bare metals solutions from 2014. Now all the pieces are software. We started with simple pieces, so today we have Unica and next we’re solving all the orchestration [issues].”

He said, “We have been pushing Open RAN hard as the natural evolution of the architecture and pushing with all our colleagues [in other operators], because this is not something differential; it needs to be an industry approach with the same perspective.” Telefónica Deutschland announced in January that it will roll out Open RAN equipment across a thousand mobile sites in Germany by the end of 2022.

Others are less convinced by the Open RAN argument and there was some scepticism about the cost savings claimed by Rakuten Mobile in Japan and the lack of maturity and features of Open RAN, with concerns about a worse customer experience and buggy software.

Etisalat Group recently signed an MoU with Rakuten, and has run trials with Parallel Wireless and Altiostar. Bamatraf noted, “We’ve seen a cost reduction in terms of CapEx and OpEx by using Open RAN. Our strategy with Open RAN is we are currently considering [deployment] in emerging markets and areas that are less sensitive.

"We’ll go slowly until we really develop the confidence in the technology and build that relationship with the vendor, then probably we would expand into other geographies.”

Close to the edge

There was also considerable discussion about the potential role of Open RAN in edge, although there was a lot of debate about edge per se.

Larsen said, “Do you mean edge compute or edge-based architectures? As the Netherlands is such a small country, I do not really care much about edge compute, because my data centres are placed in such a way that I can provide pretty sharp latencies almost anywhere in the country.

"If I’m in Germany, or France or Spain or the US, edge compute and edge architectures, in terms of distribution, may make a lot more sense.”

Etisalat’s Bamatraf said, “We are moving towards a mobile edge cloud kind of architecture, and believe that the combination of the cloud and the multi-edge, cloud or the mobile edge cloud, together with 5G and AI IoT, robotics, et cetera, will result in a huge market opportunity specifically for the enterprise, but also for the consumer segment.”

He added, “I am not worried about our ability as telcos to build the right infrastructure and to design the right architecture, and to have the best quality and the best latency. I guess the whole secret of accelerating the adoption of that kind of set-up is the commercial aspects of the use cases and that will differ from market to market.

"In some emerging markets, you have a lot of industries and industrialisation, and so probably a lot of use cases that would qualify for mobile edge compute, but in others it might not be the case.”

It’s also early days for moving the network to a cloud native environment. Larsen stated, “Everybody talks about cloud native, but they forget what it means for the network side of it – the IT side is clearer…most of us are only beginning the cloudification journey for network and there are a lot of unresolved issues that need to be thought through.”

Although that is the case, a number of attendees felt it was urgent to make progress now rather than wait: one attendee said, “We’ve talked so much about latency for two years, like it’s the Holy Grail, and we have some good industry cases that really need it, but they’re still a few years ahead…I feel a sense of urgency.

"It might be that all this [services beyond connectivity] takes off in two years, but to be there, to have the right operating model, to have a scalable set-up, we have to do things now. We need to put building blocks in place to be scalable and successful.”

As a few delegates pointed out, the issues that are top of many enterprises’ agendas right now are about network autonomy, and its 100% reliability, and where and now data is stored and access rights.

As one said, “Those are the things that we are testing out with customers – a different kind of use case than the kind of robot-latency scenario that we thought was the main driver two years back.”