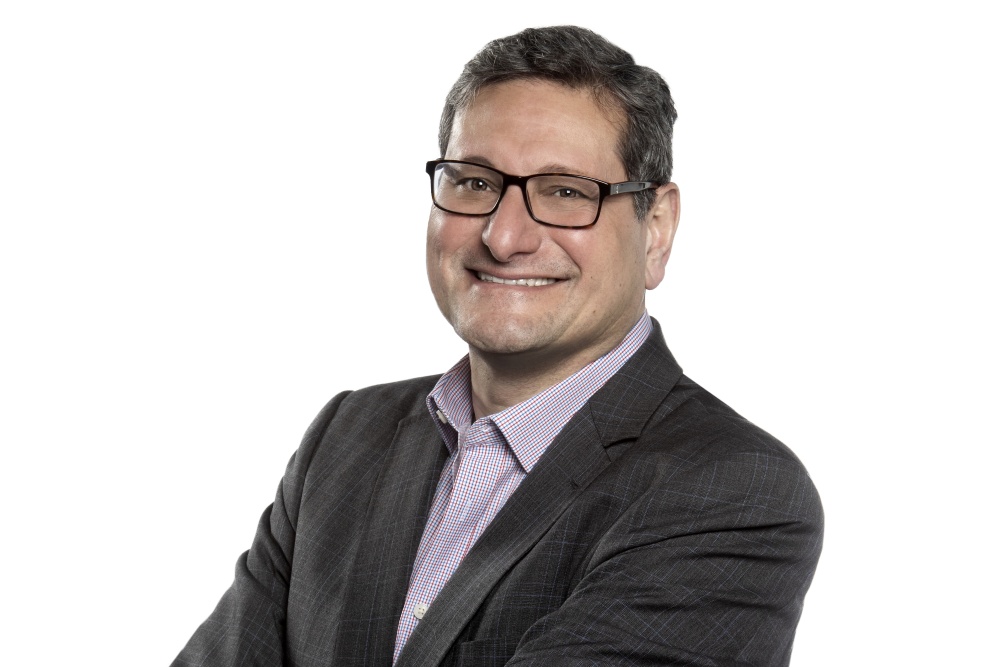 Gedeon joined TELUS in his current role in 2003, having previously worked at Nortel Networks and Bell Northern Research. He is always a popular speaker at industry events, famed for his openness and colourful turns of phrase.

He says that TELUS is a digital provider, which for most operators is a talked-about goal not a status report. Gedeon says, “We have massive, massive health and agriculture presence,” in which the digital provider has invested $3-4 billion over the last decade or so.

He adds, “It hit me the last five [or] six years, that as we embrace the world of decentralisation, if you don’t have the right network automation, you will be adding more teams [because] it’s becoming more complex.”

Asked about the single most important thing network automation will bring to TELUS, Gedeon replies without hesitation:

“Network automation should enable people to ‘fake’ multiple skill sets. So instead of getting this expert and data experts and optical experts, I’d like to have a general engineering person with the right tools so that they can become [expert]."

He adds, “It’s like that thing in Star Trek; that tricorder (see image) – you might need a doctor in the end, but if that thing can diagnose with 99.9% accuracy, I don’t need many doctors. I’m hoping that that automation will be the Tricorder (pictured below) of our industry.” 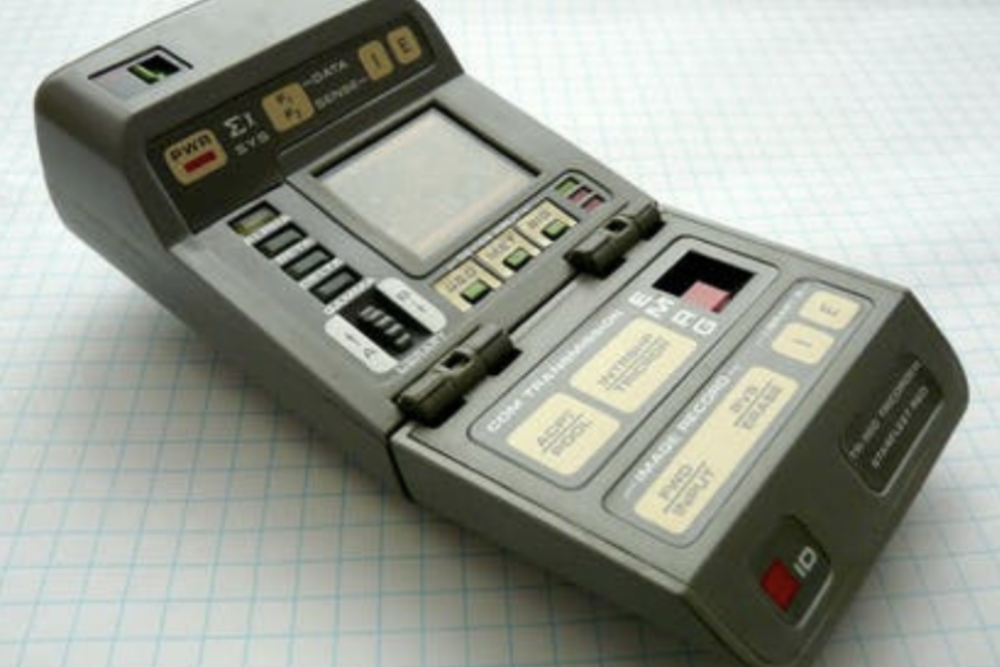 Gedeon points out that before cloud and network functions virtualisation (NFV) were deployed, network faults generally involved dealing with a single vendor.

He says, “Now I’m averaging three to eight vendors per issue…The old ways of automation, just for provisioning, only needs a good OSS/BSS and I’m assuming that people have that baseline which traverses [the journey] from a prospective client to a happy client. That stuff is automated and takes seconds or minutes.”

He continues, “hyper-automation” is what’s missing”. Gedeon explains that although software providers test their own updates, but when this is “only one of eight or 10 systems involved in making a customer happy, how is that automatically tested and how do you know if it impacts anything that’s not yours? Is there a living lab like we use, that we set up in 2014-2015 just for that?”

He goes on, “We need to start automating because somebody puts in a software load that they don’t think [involves] other people, but it’s a software world. You need to make sure that you’ve tested 2,000 or 20,000 use cases, which is everybody else that could depend on you.”

The role of AI and analytics

Gedeon is excited by the potential of AI and data analytics to help with these challenges, but far less enthusiastic about how the terms are bandied about and misused by some vendors to show off and obfuscate, and don’t talk about the basics.

Data is a fundamental to the success of AI, he stresses: “If you don’t have the right data, you will be led astray. You need to have a proper data discipline, you need to have an understanding of how your data dictionary works, and it’s not an IT or network thing, it’s just pure data science…

"If I don’t understand the data, I have no clue how to absorb it or ingest it.”

Many operators have spent a great deal of time, energy and money grappling with data, with little to show for it. Gedeon says, “I have the right answer for me. We have a single vice president who reports jointly to me and the CIO, and is accountable to the board on data infrastructure”.

The TELUS data team implements tools, regardless of whether the data is cloud-based or which cloud it resides on – the company has a deal with Google Cloud Play and an AWS extension – and uses a schema to ensure all the data is searchable by creating a dictionary: “Well, more like an Encyclopaedia Britannica of data really,” he laughs.

“The first thing you need is a common basis. Everybody says you need a common data lake, but I had a stupid common data Lake 10 years ago, but if there is [rubbish] in and [rubbish] out, it’s polluted,” he states.

Gedeon says emphatically that he is not talking about machine learning when he talks about AI: “For example, IBM claims AI is when you take a product catalogue or user manual, and the machine tells you how to use it properly, but it doesn’t extrapolate. If it’s AI, it has to do stuff and start predicting.

“Most people are stuck with machine learning that deals with five scenarios. AI is when there’s a sixth scenario and seventh and more. Say my threshold for something in the network hits 60%, AI would have known it was worrisome when it went from 10 to 20 in an hour rather than wait until that threshold was reached, because sometimes you can’t react fast enough [at that point].

"Artificial intelligence is like human intelligence; it’s a smart sentinel that looks and sees everything, makes a deduction and acts.”

He adds, “When the cloud updates software, it’d be nice if the AI engine is the one that maintains all the test cases and their impact on each other…like a master chess player. It picks up something needs to be investigated.

The pain of protectionism

Gedeon thinks protectionism is a big hurdle. He says, “Everybody came up with AI that works on their kit and AI insights comes from every vendor, so you need some sort of layer. We’re working with a bunch of third-party companies like BearingPoint//Beyond and Zhilabs which was acquired by Samsung.

“That’s why I need to abstract what I would like to implement from the actual gear. And that’s what we’ve done with the work on AI and automation skills. How to do that still comes down to very highly technical subject matter experts – it’s not yet at the level where somebody else can do it but we are getting there.

"It’s a big stumbling block and a let-down, but since nobody’s opened up their APIs to other vendors…I try not to be angry. I try to take action.”

He sees similar obstructive problems with Open RAN, commenting, “Open RAN is where we need to be but [vendors] are dragging their feet and total cost of ownership is an issue as yet for a telco our size – and we’re not that small. It doesn’t make sense yet, but we’ve done pilots and all that kind of stuff. We know Open RAN absolutely cannot be embraced without full automation.”

Easy to use – everywhere

AI’s ease of use is another critical factor for Gedeon who says, “AI has failed if I need a PhD in data science to use it because it should be a tool that anyone who knows their domain can invoke and use.”

This aligns with his view of network automation, which, “Sits everywhere. The master plan is that I capture it and share it with my peers and subordinates. Then each person has a piece to execute on the self-driving network – automation.

"I have found that having a customer advocacy team means a company is [screwed] because everybody should be a customer advocate. It’s more of a whole cultural thing and for me it’s the same with network automation. It must reside everywhere.”

He continues, “In pure financial terms, how do I cut my team by 30% over five years while I embrace new technology? Today I have a legacy team and a next-gen team. At a certain point in time, [the numbers] went up to embrace the new [software] world of network. The benefit for me [happens] when I get over the hump and start down the other side until I am at a lower point than I started with.”

Gedeon notes, “We’re not seeing the pain yet. We will. As 5G rolls out and the number of base stations rises, we cannot add human beings at an exponential scale…In the end, you will see the same number of people as you have now with 10 times the equipment.”

* The Tricorder was a multifunctional, hand-held device that carried out sensor-based scans, data recording and data analysis in Star Trek, including to diagnose medical problems.