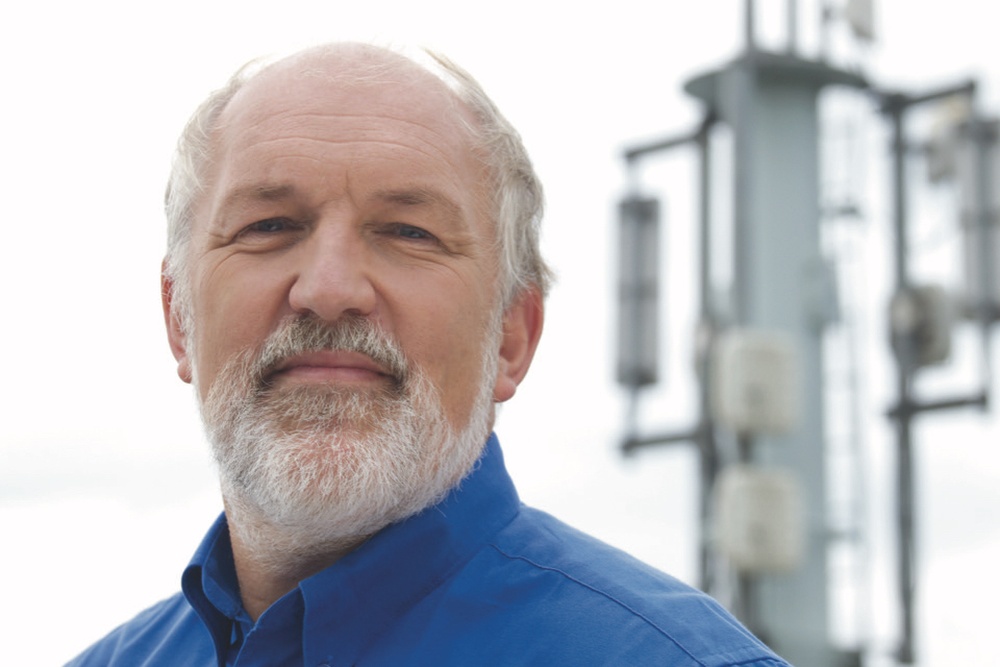 Nigel King, CTO Cambium Networks, explains the possibilities of wireless coverage for those at the wrong side of the digital divide.

A recent Ofcom report suggests that the financial implications of pandemic have caused unsustainable and unaffordable networks for UK citizens, with 4.7 million struggling to afford their telecoms bills this year. This comes at a time when UK’s population is more heavily reliant on digital services and reliable connections to continue working.

The Government’s original pledge to deliver full fibre in every home by 2025 has been revised, causing concern for “the unconnected” twofold; these vital networks are needed immediately as an economic lifeline, they have to be affordable too.
Connectivity speeds are typically highest with fibre, which explains the original appeal.

However, that doesn’t mean that fibre is always the best choice. Now that government spending has been reduced from £5bn to £1.2 billion, it may no longer be an option for maximising coverage for the UK’s hardest to reach 20%.

Where fibre or copper can be very difficult to implement in areas of the UK, it can become ultimately very expensive for the end-user. To this end, having the fastest speeds is probably less of a priority than being connected.

Now that remote working is the norm and the UK’s economy will put greater pressure on the agricultural sector following Brexit, rural communities cannot be overlooked. Alternative wireless solutions offer cheaper, high-performance broadband that can be delivered in much faster timescales to serve the digital economy.

Where wireline deployments are a very costly investment, tower equipment can be a much less financially draining alternative. This is particularly beneficial to those living rural areas as a single tower can cover a larger area, reducing the cost per home in remote, low density housing areas.

On a more practical level, wireless construction timescales are also much faster. Network providers can instal towers in a matter of days and reach ROI faster by shedding months off the gap between investment and revenues.

Wireless networks also bring wider bandwidths to rural communities which can empower the smart farming techniques that may well be a priority in the coming years. With higher capacity for data transfer, users can download, stream, upload in real-time, host voice calls and share data constantly and simultaneously. Alongside farms wanting to adopt innovative connected technology solutions, rural businesses can take advantage of the solutions available elsewhere in the country.

In the case of wide-ranging connectivity designed for such industrial IoT security will also be a main concern, and rightly so. Wireless access networks can now be configured with payment card industry (PCI) compliance standard password authentication and network owners can also set up specified frequencies for public safety.

How to deliver wireless broadband?

A PTP bridge extends the network’s presence over longer distances, allowing a network to reach a wider area. Using PTP wireless bridges ensures that all end-users receive throughput with dynamic spectrum, high capacity and a connection that is optimised for reliability.

Nodal points offer another method of producing cellularised 360-degree coverage, instead, from within the wireless infrastructure. Businesses can use these to connect structural areas and sites which might otherwise be affected by difficult topology. The result is modern high reliability point-to-multipoint systems, reaching fibre speeds at comparatively low cost.

Where reliability is changing in rural areas, detailed network analysis and real-time monitoring can help to maintain critical performance. With cloud-based wireless network managers deployed across network points, real-time updates can ensure that potential flaws are detected and amended as soon as possible.

How do we know it works?

The UK is not the only country in need of low-cost alternative to fibre that also offers high-reliability. These types of fixed wireless solutions have seen successful deployments in the Nordics, Italy and other European countries challenged with large areas of low-density populations and unaccommodating terrains.

The US government has also announced a $15bn investment in RDOF to connect its rural population with high-speed broadband. Now, low-cost fixed wireless products are available which even surpass fibre speeds over 1km.
With a strong case for fixed wireless, the UK government’s pledge does not need to be so rigidly connected to fibre.

In fact, changing strategy to incorporate a faster, more affordable solution will be instrumental in hitting the new proposed target of delivering 1Gbps-capable connections to a “minimum” of 85 percent of UK homes by 2025. With the impact of Brexit yet pending, nationwide internet access will provide the tools needed to offer social and economic support to the UK’s digital economy.